A mysterious artefact, a hero wearing a leather jacket, Nazis, and a Zepplin. No this isn’t an Indiana Jones movie, it’s The Rocketeer.

In 1991, 13 years after our first look at Iron Man (I’m not kidding… *this* is what he looked like in 1978), and 17 years before Robert Downey Jr would redefine the role, we had another high flying hero linked to a wealthy industrialist, and his name was The Rocketeer.

When down on his luck racing pilot, Clifford ‘Cliff’ Secord’s (Billy Campbell) plane gets shot down, by gangsters involved in a car chase with the FBI, it seems his dreams of taking part in the National Air Race are over for good. However, when he discovers a mysterious “engine” hidden in an old plane by the gangsters, his life quickly spirals out of control. Cliff soon discovers that the “engine” is, in fact, a prototype of a jet pack stolen by Nazi spies, leading to a grand adventure and a race to rescue his girlfriend Jenny (Jennifer Connelly) from the clutches of the swarthy yet unscrupulous actor Neville Sinclair (Timothy Dalton). With the help of his long time friend and mentor Peevy (Alan Arkin) and a little help from industrialist Howard Hughes (Terry O’Quinn), Cliff takes to the skies as the Rocketeer in a bid to stop an unfathomable threat to not only the US but the entire world!

The Rocketeer is a good old fashioned adventure film based on the comic book of the same name by Dave Stevens. Set in the same year as Indiana Jones and The Last Crusade, The Rocketeer feels a bit like an Indiana Jones movie with the dashing ‘everyman’ hero taking on the forces of evil in an attempt to save the world and get the girl.

The score by James Horner is triumphant and uplifting, while still being in the same vein as other adventure movie scores such as John Williams Indiana Jones score. However, one thing that truly helps to set the Rocketeer score is apart from the rest is the fact that Horner himself was a pilot. In a way that’s difficult to describe, that fact translates into a truly soaring score that stands the test to this day.

The visual effects are also spectacular. Apart from some slightly ropey 31-year-old blue screen compositing, all the visual effects (including the stop motion if you can spot it) are outstanding and still hold up 31 years later. 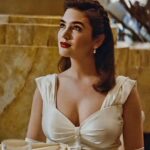 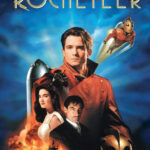 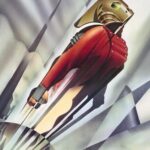 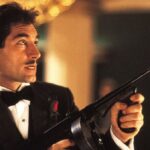 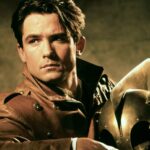