As Sci-fi September comes to a close on The Back Row live show and we head into the spookiness of October, I thought it would be a good idea to cover a film that brings us a bit of both and which sadly does not get the love I feel it deserves.

Growing up most of us would at some point have had a fear of the dark and of things that go bump in the night. Fortunately, we generally outgrow this and realise that the dark is just the absence of light and that it can’t hurt us. However, what if that was not the case? What if the dark can, in fact, lead to your death? And what if there is a killer on the loose too? This is exactly the situation faced by the characters of David Twohy’s 2000 science fiction/action/horror film Pitch Black.

When a transport ship unexpectedly crashes on an inhospitable planet with three suns the survivors only have one thing on their mind, finding a way off the planet again. However, things get more complicated when a remorseless killer that was also being transported on the ship escapes. This is, however, only the start of their problems.

They soon discover that the planet they are on has constant daylight due to the three suns in the sky. They realise that soon there will be an eclipse that occurs every 22 years and will last an unspecified amount of time, (generally accepted to be between a month to a year). This doesn’t bother them much at first until it becomes clear that the reason they find no other people on the planet has to do with the last time the eclipse came about.

Enter the bioraptors. While never named in the film, these creatures thrive only in darkness and have an insatiable appetite. Between these ravenous beasts and the escaped killer, will they survive?

Made on a relatively modest $23 million budget, Pitch Black received mixed reviews at the time of its release. Many critics complained that it was formulaic and used tired character conflicts, but then, what do critics really know right? Despite it’s poor reception, Pitch Black has developed a cult following and spawned several sequels across a variety of media including animation and even videogames.

A large factor in this success is due to the character of Richard B. Riddick, the ruthless killer played by the gravelly-voiced Vin Diesel. However, what really makes the film stand out to me is that while most of the elements may seem familiar and predictable in some ways, it is blended together in a way that few films that span so many genres at once manage to do.

Throughout the film, there is a clear sense of isolation as the characters come to grips with their situation on the deserted planet, along with the fear of Riddick, and of the bioraptors. There is a real sense of urgency as the dark starts to descend and the true survival horror begins.

The characters, while archetypal, are generally well-acted and you grow attached to many of them throughout the course of the film. Personally, Richard B. Riddick is my favourite role portrayed by Diesel and I cannot picture any other actor bringing Riddick to life as successfully.

If you feel like a good suspenseful sci-fi film with some horror elements, decent action, interesting cinematography, yet don’t want to have to think too hard, then Pitch Black is the movie for you. Best yet, there are three sequels to enjoy too. 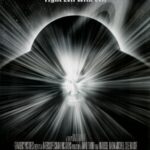 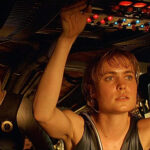 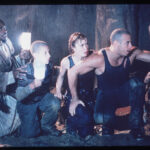 Riddick and some of the survivors (Credits – Fanaru.com) 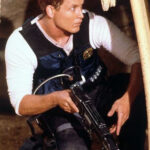