Every once in a while I stumble across a film that leaves me wondering and with some serious brain hurt at the end. Generally, this is a bad thing as it usually means that the movie was a total mess. Other times it might be because I’m unsure about what I just watched, take the movie Rubber* for instance. However, on rare occasions, I will stumble across something like Every Time I Die.

Classified as a meta-physical thriller, Every Time I Die is in an indie film which is in a similar vein to Fallen, starring Denzel Washington, and Memento. In fact, in a recent interview the director admitted that in general, Memento has always been an influence on his work. However, apart from a few similar vibes and themes, Every Time I Die is its own unique thing.

The story is quite involved and I can’t share much without spoiling anything so I’ll give you the very barest of bones. The main character, Sam (Drew Fonteiro), is a paramedic who occasionally has blackouts and lost time and is still struggling to deal with the death of his sister when he was merely eight years old.

Sam’s EMT partner, Jay (Marc Menchaca), invites his wife Poppy (Michelle Macedo), her sister Mia (Melissa Macedo), Mia’s husband Tyler (Tyler Fleming), and Sam to his lakeside cabin to celebrate his 40th birthday. Needless to say, there is a love triangle involved and soon everything goes to hell in a handbasket.

The online comments and reviews of Every Time I Die are quite polarised, either singing its praises or hating it. This is partly due to the slow build of the film. Every Time I Die is not a frantic, action-packed, fast-paced, thrill ride. It is, however, a very well constructed and thought-provoking film.

By the end of the film I was left with a million questions and theories, but not in the sense of the film being sloppy or unresolved. Quite the contrary. The film wraps itself up very well, however, it was mind-bending at times and the twists and reveals were not the kind you predict early on and just nod when they finally happen. Instead, every twist makes you go “Wait… WHAT?!” and keeps you guessing until the very end of the film.

This independent film is from the mind of the writer, director, and producer Robi Michael, owner of Invisible Films. Michael has managed to take an indie film with a low budget and make it feel more like a big studio film with a far greater budget. One of the ways this was achieved is actually by not relying heavily on effects. Most of the film features little to no visual effects except for a few key moments throughout the film.

Now, of course, I can’t, and won’t, only wax lyrical about this film. The cinematography and the acting in the film are fantastic, for the most part. Due to the nature of the film, the characters can be somewhat two-dimensional, which leads to the odd moment which feels somewhat flat. These flat moments can feel a tad jarring but you are quickly swept up in the story again and they are soon forgotten.

Overall, Every Time I Die is a stunning indie film. If you don’t mind a bit of a slow build or a mind-bending plot then be sure to give this a watch. It is available on Netflix and on DVD. Just remember that this is not a film that you can watch idly. You will need to give it your full attention when you do. 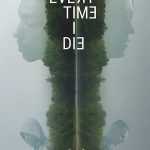 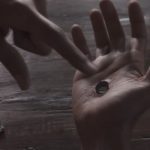 One of the few effect reliant scenes (Credits – Movie Nation) 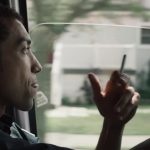 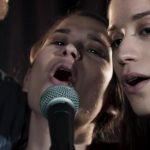 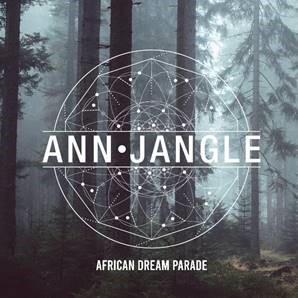