Away – Silent, Surreal, And Stunning.

In this article, we’re going to break away from the normal ‘forgotten gem’ format and take a look at a rather unique animated film, Away, that was the brainchild of Latvian filmmaker Gints Zilbalodis. And what a remarkable film it was.

The film opens with the protagonist hanging from a parachute that has been snagged in a tree before a gigantic shadowy figure begins to approach him. Immediately the tone is set and the quest for survival begins.

Away is a stunning yet silent masterpiece which was not only conceived by Gints Zilbalodis but the story, animation, and even the music were done by Zilbalodis. That’s right. The entire film was made by only one man. It took three years of his life to complete but when you look at the finished product it is clear that it was an absolute labour of love.

As I’ve mentioned, it is a silent film. By this, I mean that there is not a single word of spoken dialogue during the 75-minute runtime. There are some ambient sounds and simple yet striking background music. Now sure, this might not appeal to everyone but I highly recommend watching Away. The lack of dialogue helps to create a sense of isolation that the protagonist has to deal with as well as creating a strange sense of urgency through most of the film. In other moments the silence adds immense emotional weight to scenes.

Another interesting result of the lack of dialogue is that it opens up the story to be interpreted by the viewer themselves. Personally, I felt that the film dealt with themes such as depression, isolation, survivor’s guilt, as well as companionship, knowing when to burn bridges, and most importantly, hope. Throughout the film, the one thing that remains constant at all times is moving forward.

‘Away’ is by no means a ‘popcorn movie’ that you can turn on and shut down and watch aimlessly. It does require and indeed warrant your full attention. In the end, it will be up to you to decide what story it told and what you take away from it. However, it is not hard to see why Away has received such glowing reviews and high praise from critics the world over, having won several awards and nominations at various film festivals.

The visuals are simple, reminding me of early rotoscoped games such as Another World, which similarly manages to tell a story without the use of dialogue. The simplicity of the animation and visuals, while it may seem a bit rough to some, by no means detracts from the film, quite the contrary. The visuals are absolutely stunning, a prime example being the Mirror Lake, and it gives the film an overall surreal look and feel which in my opinion is integral to the story being told.

Gints Zilbalodis is also undoubtedly a fan of anime, especially Studio Ghibli, as the film feels very reminiscent of films like Spirited Away and My Neighbour Totoro in both style and tone. In fact, my own love of Studio Ghibli films is part of the reason why I was approached about this film in the first place. The moment I saw the cats in Away I felt like I was seeing many versions of Jiji the cat from Kiki’s Delivery Service. However, while the visuals do remind one of Ghibli, it is by no means imitating or copying Ghibli at all. Away is truly unique in every way.

AWAY is available to pre-order now from Apple TV and iTunes. It can be purchased from Sky Store, Amazon, Google, Microsoft, Rakuten and Sony from January 18th, as well as Curzon Home Cinema from 25th January.

You can view the trailer for the film below 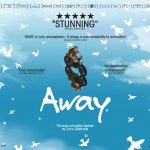 Away Poster (Credits: The Movie Waffler) 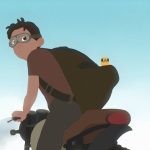 The Protagonist and his bird companion (Credits: The Guardian) 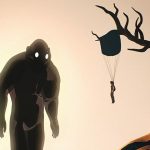 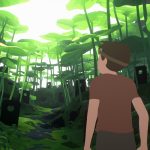 An example of the uniqe landscapes (Credits: Los Angeles Times)

Tagged as Animated Away Hatman Movies Reviews The Back Row 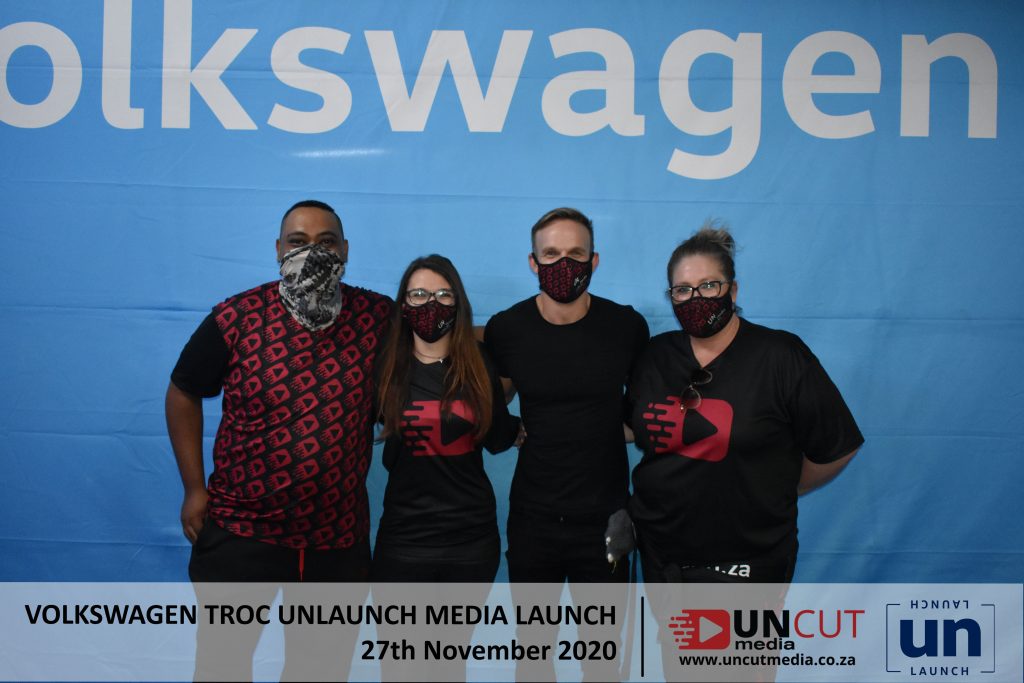